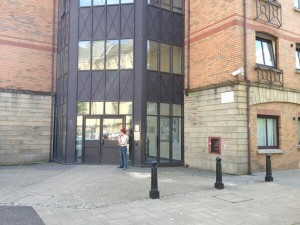 THE PSNI have lifted a cordon in Belfast City Centre following reports of an armed man in a building.

The man, believed to be carrying a gun, was reported at a building in the Donegall Street area.

Police despatched an Armed Response Unit to the scene.

However, within the last few minutes the cordon around Writers Square in Donegall Street has been lifted with no sign of the gunman.

Talbot Street and Academy Street beside St Anne’s Cathedral, which had also been sealed off, has now re-opened.