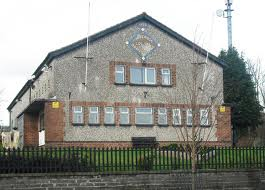 POLICE are investigating after Whiterock Orange Hall in west Belfast was damaged in an arson attack.

A bin was pushed up against the back door of the hall on the Springfield Road in the early hours of Saturday morning, June 1.

The refuse bin was set alight and the door was burned as a result.

The fire caused smoke damage to the interior of the building.

Belfast County Grand Master George Chittick said the arsonists were “attempting to whip up tensions ahead of the main parading season”.

“They must not be allowed to succeed,” he said.

“Brethren in west Belfast, and particularly the members of Whiterock Temperance LOL 974, have made great strides to ensure this hall is a community facility for all.

“This attack was clearly carried out by people who have no respect or tolerance for a differing viewpoint.”

Police have appealed to anyone with information about the attack to contact them on 0845 600 8000.