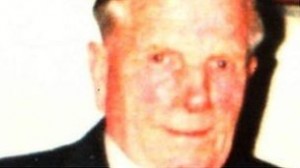 THE jury in the trial of James McCook have found him not guilty of the murder of pensioner Norman Moffatt.

Mr Moffatt, 73, was stabbed as he walked home along Railway Road in Coleraine, County Londonderry. after buying a newspaper, in January 2001.

The jury at Antrim Crown Court was directed by the trial judge to find Mr McCook, originally from north Antrim, but with an address in Stockport, not guilty.

The main prosecution witness was Martha Brown, who said she had known Mr McCook since he was fostered by her parents as a teenager.

She claimed that during a house party in January 2006, Mr McCook had confessed to stabbing Mr Moffatt.

Mrs Brown alleged that after the discussion, she attacked Mr McCook with a bottle.

On Friday, three weeks into the trial, the judge told the jury: “In certain cases, and this is one of them, the judge having considered all the evidence of the prosecution has a duty if asked, and I have been asked, to decided whether or not there is sufficient and consistent evidence to place before you.

“The key evidence is Mrs Brown’s and I’ve acceded to an application to stop this trial.”

John McCook stood motionless in the dock then said: “Thank you, your honour.”

Outside the court, he said: “Justice has been done.”

Mr Moffatt’s son and daughter were not in court to hear the verdict.