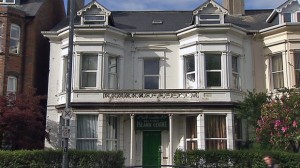 POLICE investigating a paint bomb attack on an Islamic centre have asked a motorist who was in the area at the time to come forward.

The driver of a silver car was seen in the area of Wellington Park in Belfast when a milk bottle filled with paint was thrown at the building at around 10pm on Thursday.

Two teenage boys were seen running away from the area.

No-one was injured in the attack, which is being treated as a hate crime.

The PSNI said they would like to speak to the driver of the silver car spotted at the scene.

A number of mosques were attacked in England last week after the brutal murder of soldier Lee Rigby in London.