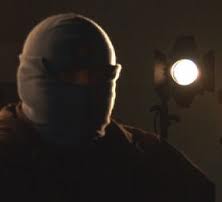 A FORMER British intelligence agent inside the IRA claimed today that publishing a self-taken photograph was like a soldier being shot with his own gun.

‘Kevin Fulton’ – whose real name is Peter Keeley and one-time MI5 and RUC informer – claimed unauthorised newspaper use of the unmasked picture has exposed him to heightened danger.

He is seeking £5,000 damages from the Irish News for alleged breach of privacy and copyright in a civil action.

Lawyers for the publishers of the Irish News newspaper are defending the action by citing the right to freedom of expression.

They argued that it was an absurd case brought by a high-profile figure who regularly courts the media.

A judge was told the image was part of a Google search which returned nearly 250,000 hits.

Mr Keeley, 52, issued proceedings over a photograph which appeared in the newspaper in April 2011.

The report was in connection with a separate lawsuit his ex-wife took against the Ministry of Defence, the Chief Constable and Freddie Scappaticci, the west Belfast man who denies allegations that he was the army spy codenamed Stakeknife.

Margaret Keeley claimed she was interrogated by an IRA security team, including Scappaticci, following a failed plot to murder a senior RUC officer in Belfast in 1994.

She also alleges wrongful arrest and false imprisonment by the security forces who held her for three days after the assassination attempt.

Mrs Keeley believes her detention was part of an elaborate sham to protect her husband’s cover.

But according to her ex-husband an image of himself he took in a photo-booth for an international driving licence should never have featured in the newspaper report.

Giving evidence today from behind screens at Belfast County Court, the Newry-born former soldier said he will always be under a death sentence from republicans.

“I don’t allow myself to be photographed and I don’t socialise. I basically keep to myself,” he said.

There was a visible security presence inside the court from PSNI officers attached to its Close Protection Unit.

A number were posted in the body of Court 11 and a number were also in the precincts of the court as the hearing got underway.

Mr Keeley, who lives at an undisclosed location outside Northern Ireland, said he believed the IRA seized the licence along with other belongings from his Belfast flat when he fled for his life after the failed murder attempt.

He insisted he would never authorise use of the photograph because it shows his face.

“Yes I’m a bit older, but I haven’t changed that much,” he told Judge Isobel Brownlie.

The one-time agent said the newspaper publication had caused him “severe annoyance and worry”.

He added: “It’s my photograph they are using to hurt me.

“It’s like someone taking a soldier’s gun and shooting him with his own gun. That’s the worst thing that can happen.”

During cross-examination by Bernard Fitzpatrick, for the Irish News, he was unable to remember when exactly he joined the IRA.

Mr Keeley contended that unlike other pictures of him taken outside Banbridge Courthouse the photograph used in the newspaper belonged to him.

At one point he said the title of his book, Unsung Hero, had not been chose by him. He also claimed it contained a number of inaccuracies he attributed to ghost writers.

But Mr Fitzpatrick put it to him: “I’m suggesting you are by no means a private figure. To anyone interested in politics, history and the Troubles your name would crop up almost immediately.”

Although Mr Keeley accepted having co-operated regularly with the media, he claimed outlets had not exposed him to danger by publishing an unmasked photo.

His barrister, Gary McHugh, argued that other online distribution of the image did not make it right for the newspaper to publish it.

However, Judge Brownlie was urged to dismiss the action.

Mr Fitzpatrick contended: “It’s an absurd case. For whatever bizarre reason of his own he has tried to take this case.

“He may be trying to mount a libel case by the back door.”

The case was adjourned for two weeks when further written skeleton arguments are to be submitted to the judge.