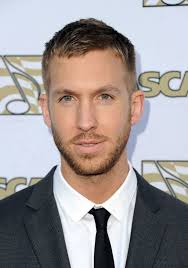 ALL roads are leading to the North West on Saturday for music fans to enjoy the second day of Radio 1’s Big Weekend music festival.

Two artists had to pull out after an emergency landing at Heathrow closed the runway.

Drum and bass duo Chase & Status, chartered private jets to get themselves and other acts to Derry.

Rudimental were forced to borrow kit to enable them to perform.

Producer Amir Amor said: “We borrowed guitars, bass, microphones, a bit of love! Everything we could. But the gig just blew us away.”

Dizzee Rascal was the first to play the main stage. Robbie Williams made a surprise appearance to perform their duet Goin’ Crazy.

A host of stars are rumoured to be staying in hotels in Donegal ahead of their gigs.

Gates for the second day of the event open at around midday on Saturday.

Biffy Clyro will play out the Main Stage tonight.

Other acts to follow will include Two Door Cinema Club, Labrinth and Ellie Goulding.

The 1Xtra/In New Music We Trust Stage will see performances from DJ Fresh, Kodaline and alt-J.


One Response to DAY TWO OF RADIO 1’S BIG WEEKEND