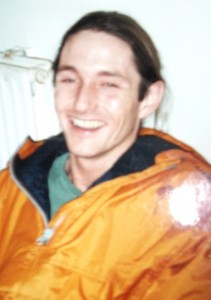 Warren Green tragically died in a cycling accident in Germany

THE family of a Newtownabbey man killed in a tragic accident in Germany have called for a full investigation into his death.

Warren Green, a 43-year-old aircraft fitter from Ballyduff, died on May 8 while making his way home from work at the Airbus plant in Hamburg-Finkenwerder.

His grieving family said it was still unclear as to exactly how the accident happened.

It’s believed he was cycling down a steep ramp onto a pontoon to catch a ferry across the River Elbe when he somehow lost control of his bike.

The bike went off the end of the dock, struck his head on the side of the incoming passenger ferry and fell into the water where he was caught in the boat’s undertow.

Warren’s family have called for a full investigation into how the tragedy happened and appealed for safety improvements at the site.

His sister Heather, who went out to Germany to visit the scene of the accident, said that there re no safety barriers or railings to prevent people from falling from the pontoon into the water.

“We want an inquiry into exactly what happened,” she said.

“It is so dangerous; it’s ridiculously dangerous and something needs to be done. We wouldn’t want this to happen to anyone else.”

Graham Robson, Warren’s friend for the past 22 years, had been working with him at the Airbus plant.

He also was a regular user of the ferry and described the lack of safety barriers at the site as “absolutely outrageous”.

“What if this happened to someone in a wheelchair or someone pushing a pram. Hopefully this is something they’ll now address, but unfortunately it has cost Warren his life.

“He was brilliant. He was a very happy-go-lucky, really generous, friendly guy. He was really good fun and lived life to the full.”

Warren, a former pupil of Carnmoney Primary and Ballyclare High School, served his time in Shorts.

He had been living in Hamburg since November carrying out contract work for Airbus on the A380 aircraft.

His mother, Margaret described her son’s death as “a very sad accident”, but stressed that her “wee boy” had “really enjoyed life” and lived it to the full.

She said the family had been overwhelmed by the response from Warren’s friends and his employer.

Cllr John Scott, a long-time friend of the family, described Warren’s death as “a terrible tragedy” and said he would back the family in their quest to find out exactly what happened.

Family and friends, including many who’d travelled from Germany, gathered at Abbey Presbyterian Church, Monkstown on Tuesday, May 21 for a service of thanksgiving for Warren’s life. He was later laid to rest at Carnmoney Cemetery.

Warren is survived by his father Jimmy, mother Margaret and sisters Belinda and Heather.