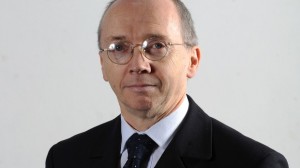 JUSTICE Minister David Ford has announced the appointment of a new Prisoner Ombudsman for Northern Ireland.

He is former Criminal Justice Inspecto Tom McGonigle, who replaces Pauline McCabe in the post.

Mr Ford said: “The role of the Prisoner Ombudsman is a challenging and vital one in the criminal justice system.

“Tom McGonigle’s appointment will support the continued development of this important position.

“I am confident that he will bring his extensive experience and skills to the role and build on the excellent work of his predecessor.”

He has worked in a variety of custodial and community settings.

Since becoming a Criminal Justice Inspector in 2003 he has led on inspections of adult and child custody, probation, offender hostels, public protection and the voluntary sector’s contribution to the region’s criminal justice system.

In his new post, which pays £58,400 per year, he will be in charge of investigating complaints from prisoners in Northern Ireland and their visitors, as well as deaths in custody.

He added: “I would also like to record my sincere thanks to Pauline McCabe for the significant contribution she has made to the role.

“In her time in office, Pauline has played a great part in enhancing the independence and professionalism of the office and the prison service has benefited greatly from her investigations and recommendations for improvement. I wish her well for the future.”