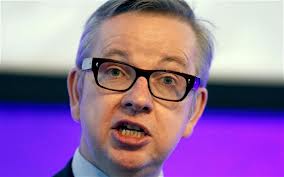 EDUCATION Secretary Michael Gove says it is time for England, Wales and Northern Ireland to go their separate ways on GCSEs and A-levels.

Mr Gove has written to both the Stormont education minister John O’Dowd and his Welsh counterpart saying he believes the differences are becoming so great, there must be a split.

In his letter, he described the proposed move as “a natural and legitimate consequence of devolution”.

Mr Gove has taken a hard-line approach in his campaign to toughen up exams.

Northern Ireland’s Education Minister John O’Dowd has said he is not opposed to revamping the exams, but would not be rushed into action.

Following these talks, Mr Gove has decided for plough ahead with his radical reforms.

These will create exams so different from those bearing the same name across the three countries, they would be better off as separate exams with different titles.

Scottish students currently sit a completely different set of exams which can gain them entry to university in other regions.

On Monday, Mr O’Dowd revealed interim changes to A-levels in Northern Ireland but he is still considering revision of A levels and GCSEs in the long term.

Last year, the Sinn Fein minister and his Welsh counterpart expressed their displeasure after Mr Gove made an announcement about A-level changes in England without consulting either of them.