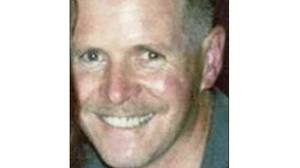 DETECTIVES are to give evidence over an alleged attempt to sabotage appeals by two men jailed for murdering Constable Stephen Carroll, a court has heard on Wednesday.

Constable Carroll was shot dead as he responded to a 999 call at Lismore Manor, Craigavon, in March 2009.

The Continuity IRA later claimed responsibility for the murder after the terrorists lured police into the area following reports of a break-in.

Lawyers for John Paul Wootton and Brendan McConville have claimed the PSNI tried to stymie the legal process by detaining a new witness.

Both men are appealing their murder convictions.

On Wednesday, senior judges were told covert surveillance recordings are set to be examined.

Details emerged as a bid to secure independent oversight of the ongoing police investigation was put back until October.

McConville, 41, of Glenholme Avenue in the town, is serving at least a 25-year sentence for the killing. Wootton, 22, of Collindale, Lurgan, received a minimum 14-year term.

Days before their joint appeal was due to get under way last month, a man related to a key prosecution witness was arrested and held for two days before being released without charge.

This man has made a sworn court statement branding his relative a compulsive liar.

According to defence lawyers, police arrested him in a bid to pressure him into withdrawing his evidence, and warned he would be discredited if he testified.

They want the Court of Appeal to direct independent oversight of this aspect of the investigation.

One option would be for the Criminal Cases Review Commission to intervene, while a separate request has been made to the Police Ombudsman to look into allegations of misconduct.

In court on Wednesday Barry Macdonald QC, for McConville, said: “It’s our case that police have manipulated and subverted the appeal process.”

The issues to be decided in the defence application include:

• Was the surveillance operation properly authorised under laws governing the use of covert techniques?

• Was the arrest of the new witness lawful and necessary?

• Was there any attempt to persuade or coerce him to alter his evidence?

• Has there been any police manipulation of the process?

• If so, what are the consequences?

Mr Macdonald confirmed his intention would be to call the new witness and at least one solicitor to testify.

Ciaran Murphy, for the Public Prosecution Service, told the court all police officers who either decided to make the arrest or carried it out would be expected to give evidence.

All interviews and recordings should be gone through as well, in a process which could take days, he suggested.

Dealing with the covert material, Mr Murphy said he was satisfied proper authorisation was obtained.

He acknowledged the Police Ombudsman appears to have the power to look into a live investigation, but the barrister was unable to give undertakings sought by the defence.

“If there is action by the police either inappropriate or unlawful, past or future, there is a clear remedy open to the defendants,” he added.

But Mr Macdonald expressed concern that the application would not be heard until October, when the appeal itself is now scheduled to begin.

“This is unprecedented in my experience,” he told the three-judge panel.

“The outcome is going to be that the police have been successful in having this case adjourned for five months, during which time they are able to continue the process they started a week or so before the (original) appeal hearing.”

He added: “In the absence of any measures to provide independent oversight of this investigation then the court itself will have exposed itself to a possible liability for breach of Article 6 (right to a fair trial) because the court is the public authority for supervising the appeal process which we say has been subverted by the police.”

The case was adjourned for a further review next month.