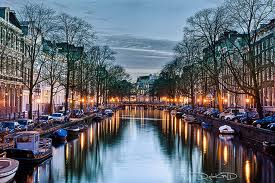 DUTCH police are treating the death of a Northern Ireland man as a “tragic accident”.

Damien McFadden, 37, from Derry/Londonderry, was spotted in the water of the Singel Canal on Saturday around 11pm local time, according to the Department of Foreign Affairs in Dublin.

Passers-by raised the alarm and fire department divers searched the area and brought him ashore and administered CPR.

He was taken to hospital but died a few hours later.

Police in Amsterdam have said they are not looking for anyone else in connection with the Derry man’s death.