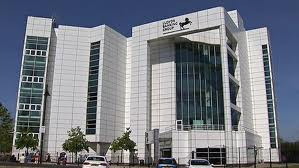 The roles, which will be mainly in fraud operations, are expected to become available within the next year.

It plans to move its fraud department from its Dundonald base in east Belfast to its Gasworks site off the Ormeau Road in south Belfast.

The Belfast move is part of a plan by the company to reduce costs.

Last Friday, Lloyds announced it was cutting 850 jobs in Britain with the bulk of the losses coming with the closure of a large office in Essex.

The bank said more than 600 jobs would go when the office in Southend shuts.

The remainder of job cuts will be in the bank’s commercial and insurance operations.

The bank said the cuts would be “partially offset” by the creation of 275 new roles. As well as the Belfast posts, more job opportunities will be created at Pitreavie in Scotland, it said.

On Friday, Lloyds, which has announced 2,750 job losses this year, said it would look for voluntary redundancies, with compulsory cuts “as a last resort”.