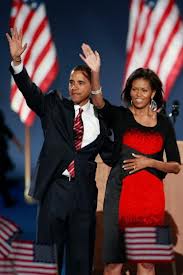 US President Barack Obama and his wife Michelle are to visit Belfast ahead of next month’s G8 summit.

The President and the First Lady are said to be looking forward to traveling to Northern Ireland between June 17-19.

The President’s trip will begin in Belfast, where he will engage with the people of Northern Ireland and highlight the hard work, dialogue, and institutional development they have undertaken together. T

he President will then attend the G-8 Summit at Lough Erne, Co Fermanagh, which is being hosted by Prime Minister David Cameron, from June 17-18.

The Summit and related meetings will provide the President and his fellow world leaders an opportunity to address pressing economic, political, and security challenges around the globe and to promote the advancement of trade and greater transparency among G-8 members and the developing world.

Following the G-8, at the invitation of Chancellor Merkel, the President will travel to Berlin, Germany for an official visit to reaffirm the strong ties between the United States and Germany, a vital US ally and economic partner.

“The President looks forward to meeting with the Chancellor and President Gauck to discuss a wide range of bilateral and global issues including opportunities to further deepen transatlantic relations,” said the White House.

In both countries, the President will reinforce the importance we place on transatlantic ties, consult on shared security challenges, and discuss the global economy.

Additional details of the First Lady’s travel will be revealed at a later date.


One Response to PRESIDENT OBAMA TO VISIT BELFAST