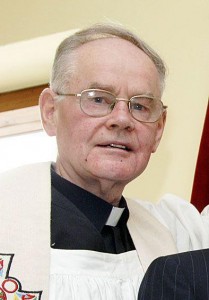 A RETIRED Catholic priest who admitted defrauding his former parish of nearly £150,000 has been given a two-year suspended sentence.

Fr Conleth Byrne, 78, paid money to a woman from the funds of his former parish of Loughinisland, Co Down.

The retired priest pleaded guilty last month to fraud by abuse of position just before his trial was due to begin.

Following sentence, the Diocese of Down and Connor said Fr Byrne’s activities had caused “great sadness” to his parishoners.

It said the discrepancy in church funds was discovered by its staff.

The diocese said provisions exist to promote and develop reliable and robust accounting procedures for its parishes.

A spokesman said: “This situation has been a cause of great sadness for the people of Loughinisland, for the Diocese of Down and Connor and for all the individuals affected by it.

“At this time, we keep in our prayers the parishioners of Loughinisland Parish and all who have suffered in any way as a consequence of this regrettable situation.”

Fr Byrne handed over the large sums of cash to Ballycastle woman Marie Hanna believing that she was homeless and in dire financial difficulties, a court was told.

He claimed that he gave the money to the 54-year-old woman out of “charity” and that he believed her assurances that she would pay the money back.

A prosecution barrister told the court that he had shown a “high degree of naivety”.

It is understood Ms Hanna had been questioned by detectives in relation to fraud by misrepresentation, however no charge was ever brought against her.

A PSNI spokeswoman said: “This investigation has concluded and there are no further charges against any other persons.”

Fr Byrne befriended Ms Hanna while she was in prison.

He would have visited the prisons in Northern Ireland as part of his duties as a priest.

After her release from prison, Ms Hanna called at the parochial house in Loughinisland in September 2007 and claimed to be in “dire need” of financial assistance, Downpatrick Crown Court was told last month after Fr Byrne admitted giving her parish funds.

She told him she was homeless, had no adequate clothing, had been denied social security benefits and was in need of medication, the court heard.

Fr Byrne gave her some money from his own savings.

But she continued to call upon him seeking financial help, telling him she needed money for changes in accommodation after being evicted, to pay court fines, to replace damaged furniture and to help resolve “crises” in the lives of her close family.

Over the next few months Fr Byrne gave her £45,000 from his own savings and from money he borrowed from friends and family to help her, a prosecution barrister told the court.

After his own money ran out he began to use parish funds.

During his court case this week, Fr Byrne’s defence barrister said that the priest, who receives a pension of around £900 a month, had already paid back £20,000 of his own money to the parish and has gathered a further £9,000 to repay.

His lawyer added that Fr Byrne intended to continue making repayments for the missing funds.