END OF AN ERA AS KING FERGIE STEPS DOWN 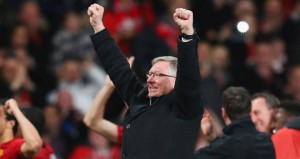 SIR Alex Ferguson is bringing the curtain down on a glittering career and retiring as Manchester United manager this summer.

It caught players, pundits and fans by surprise when his retirement was confirmed on Wednesday morning.

Former player Paddy Crerand was adamant on Good Morning Ulster on Wednesday morning when he told presenter Noel Thompson that it would never happen and Sir Alex was going nowhere.

But the bookmakers knew something was in the offing since the weekend.

On Monday, they slashed their odds on David Moyes being the next Old Trafford boss from 7/4 to 2/7.

Speculation had been intense on Tuesday night that a major announcement at the club was expected.

As the club is floated on the London Stock Exchange, any major announcements have to made to the City to ward off any signs of insider dealing on Utd shares. 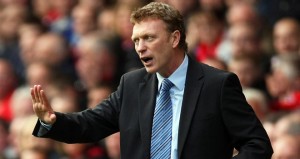 United confirmed in a statement on Wednesday morning that Ferguson would retire this summer after more than 26 years in charge.

He is to undergo a hip operation as well.

‘Fergie’ will still remain at the club in an advisory and ambassadorial role.

Moyes has long been tipped as a possible replacement for English football’s most successful manager.

But the Scot is now the front runner to take the Old Trafford helm, with an announcement expected in the next 48 hours.

The 50-year-old’s Everton contract runs out in the summer and no agreement has been reached over a new deal.

He has previously said that he wants to wait until the end of this campaign before deciding whether to extend his time at Goodison Park into a 12th year.

Moyes has brought stability and consistency on a relatively small budget to the Merseysiders and is viewed by United chiefs as a man who, like his outgoing compatriot, values youth development and longevity.

Jose Mourinho, widely expeced to replace Rafa Benitez at Chelsea, and Jurgen Klopp, who has led Borussia Dortmund to the Champions League final, are also leading tips with the bookmakers, while former striker Ole Gunnar Solskjaer is also in the running.