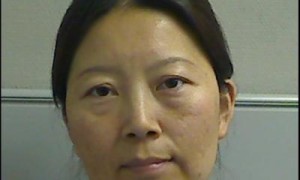 DETECTIVES are hunting a missing Chinese woman who has pleaded guilty to the manslaughter of her husband.

According to the PSNI, Suwei Shang was last seen in the south Belfast area on Wednesday, April 24.

Last month she told a court she did not mean to kill her husband, Damien Keenan, when she stabbed him in the back at their Londonderry home in October 2011.

The 39-year-old was released on continuing bail, but is now in breach of her bail conditions.

It is believed Suwei may have links to the Londonderry, Lurgan and Newtownabbey areas.

She is approximately 5’7″ tall, of slim build with pale complexion, brown eyes and dark hair.

When last seen, she was wearing a black quilted jacket and jeans and riding a bicycle with a basket on the front.

A PSNI spokesperson said they are becoming “extremely concerned” for her welfare, and appealed to Suwei to hand herself in.