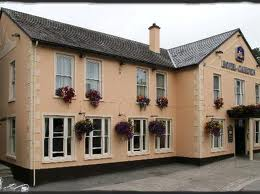 DETECTIVES are investigating after a man has plucked to safety after arsonists targeted a Co Fermanagh hotel.

The PSNI said a petrol bomb was thrown through the smashed window of the Hotel Carlton in Belleek shortly before 1.30am on Thursday.

A blaze broke out in the lounge area of the property, in the town’s Main Street.

Fire fighters rescued a security man from the first floor before putting out the fire. He was not injured in the fire.

He said: “The Carlton Hotel is of major economic importance in the Belleek area, as a former employee in the hotel, I know this very well myself.

“Those behind acts of this sort have very little to offer our society.

“Thankfully the prompt response of the local fire service personnel ensured that any damage was minimised and we are all very grateful to them for that.”

Police have appealed for anyone within information to contact them on 0845 600 8000.


One Response to MAN PULLED FROM BLAZE AT FERMANAGH HOTEL