SDLP LEADER’S SHOCK AFTER CANNABIS FACTORY FOUND AT HIS PROPERTY 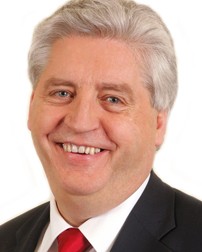 THE leader of the SDLP said he was annoyed to discover that one of his properties in south Belfast was being used as a cannabis factory.

Dr Alasdair McDonnell was speaking on Wednesday morning following the revelation in The Irish News that a cannabis factory and drugs worth £100,000 had been discovered on the rented property at Colenso Parade.

The South Belfast MP said he had appointed a management company to look after the property for him “some time ago” and expressed his shock after the news emerged.

Following the find, local area commander Chief Inspector Gabriel Moran issued a warning to landlords to be aware of certain signs their properties may be being used for such activities.

He said the use of properties as cannabis factories posed a “danger” to the community if a a fire started.