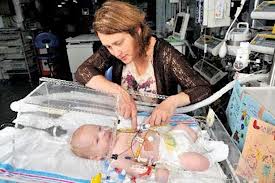 A SPECIAL meeting of the Health & Social Care Board has decided on Thursday morning to move children’s heart surgery from Belfast to Dublin.

The Board has been meeting to give their recommendations on the future of children’s cardiac surgery services at the Royal Victoria Hospital in Belfast.

It comes amid concerns that some services may be moved to Dublin or England.

Now those fears have been realised with the Board recommending a transfer from the Children’s Hospital in Belfast to Our Lady’s Hospital in Dublin.

The Health and Social Care Board are also recommending the setting up of a a Children’s Cardiology Centre in Belfast.

However, it will not a round the clock service for children suffering from heart problems.

The report by the Health and Social Care Board will now be subject to Ministerial approval.

Health Minister Edwin Poots is expected to make the final decision within the coming weeks.

He is expected to be in contact with his Irish counterpart James O’Reilly who said he was “prepared to work with Edwin Poots” in relation to the transfer of services.

On Thursday morning following publication of its report, the Board has been “trying” to offer assurances that families of children having to travel to Dublin for surgery be accommodated.

Campaigners have held events in support of retaining the services in Belfast.

A consultation was launched after the Children’s Hospital was deemed unsustainable due to the numbers of patients it deals with – around 90 per year.

The Belfast Trust has been in favour of moving some children’s cardiac surgery to Dublin.

According to a documents obtained by patients’ families under the Freedom of Information Act, the Trust favours a gradual transition taking no longer than a year.

The document said: “The resulting combined all-Ireland surgical service would have a case load of at least 650 surgical patients per year, easily meeting the minimum number of 400 paediatric surgical procedures per annum.”

The Children’s Heartbeat Trust has been campaigning to keep services at the Royal open.

Its chairman, retired paediatric cardiologist Dr Connor Mullholland, said the Trust’s conclusion is “ill-informed and ill-advised” and that children’s lives may potentially be put at risk.

He said: “It does not, at this point, support the evidence from several reviews of the cardiac surgery within the Children’s Hospital.”