MCILROY TO PLAY FOR IRELAND IN 2016 RIO OLYMPICS 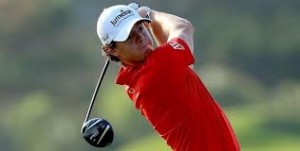 RORY McILROY looks set to play for Ireland and not Great Britain at the next Olympics.

The Holywood golfing star’s dilemma over who to represent at the 2016 Games appears to have been taken out of his hands..

The world’s ruling body, the Royal and Ancient (R&A), has revealed it was ready to instruct McIlroy and Graeme McDowell to play for Ireland in Rio.

World No 2 McIlroy has been caught between the devil and deep blue sea over the thorny issue.

Last year McIlroy suggested he might withdraw from the games in Rio rather than have to choose between the two sides.

And fellow countryman and World No 8 McDowell, who won the RBC Heritage in the USA at the weekend, appealed for the game’s governing bodies to make that call.

It appears that plea was answered yesterday when Peter Dawson, Chief Executive of the R&A and president of the International Golf Federation, said Ireland would have first call on the gifted Ulstermen.

“I would very much like to take this burden of choice away from the player if we can possibly do it because it’s not fair to him,” Dawson said.

“I think he’s made it pretty clear in one or two pronouncements that he (McIlroy) is worried about it and the last thing we want is players worrying about this.

“I think, because of Rory’s history playing for Ireland at amateur level and, I think, at World Cup level, there may be a regulation within Olympic rules that would require him to stay with that,” added the Englishman, one of the most powerful driving forces behind golf’s return to the Olympic arena.

“There is a rule in the Olympics that a player who has represented one nation at a previous world championship for a certain country will carry on with them,” he explained. 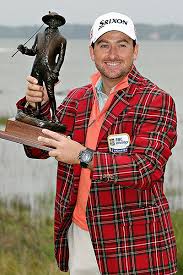 Rule 41 in the Olympic Charter applies to McIlroy, who played for Ireland in the Eisenhower Trophy (amateur golf’s world championship) and then twice ‘under the Tricolour’ with McDowell at the professional World Cup of Golf.

Dawson is committed in his belief that everything possible must be done to ensure a player of McIlroy’s enormous stature competes in the 2016 Games.

It’s understood Dawson also had discussions with McIlroy, who declined to comment.