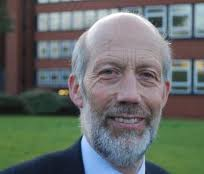 THE Justice Minister David Ford has stepped down as a Presbyterian church elder over his support for gay marriage.

The Alliance Party leader voiced his support of same-sex marriage eight months ago, much to the anger of fellow Presbyterians.

Now the Presbyterian Church – who oppose the gay marriage proposal – will investigate his views which go against church teaching.

The South Antrim MLA’s decision to step aside as an elder was announced to the congregation of Second Donegore Presbyterian Church on Sunday by its minister, Rev James Tosh.

It followed months of private meetings in which Templepatrick Presbytery asked Mr Ford to explain his position.

Templepatrick Presbytery has now launched an investigation into the politician verus church row.

However, the Presbyterian Church has stressed that the politician is not being disciplined.

It is such a sensitive issue that the matter is likely to be discussed by the Presbyterian General Assembly.

Mr Ford has been an elder in Second Donegore Presbyterian Church for 20 years and his family have been members of the congregation for decades. 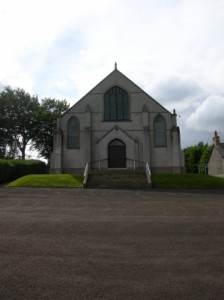 In his statement read from the pulpit, the Rev James Tosh said: “The kirk session wishes to inform the congregation that David Ford has, with sadness, decided to step aside for a time from the active duties of the eldership to reduce any offence his position has apparently caused to some within the congregation.

Mr Ford confirmed to the Belfast Newsletter that he had stepped aside as an elder.

However, he refused to elaborate beyond the pulpit statement.

Asked if his party would change its approach to gay marriage when the issue again comes before the Assembly next week, Mr Ford said that the party was discussing its position.

He suggested that Alliance may table an amendment to the Sinn Fein motion which calls for same-sex marriage, with the amendment spelling out that it would only support gay marriage if there were protections for churches opposed to the change.

In a statement, the Clerk of the Templepatrick Presbytery, Rev John Murdock, said: “Unease has been expressed by some members of Second Donegore Presbyterian Church, where David Ford serves as an elder, concerning his publicly stated views on marriage equality.

“To ease any offence that he may have apparently caused, Mr Ford has voluntarily decided to step aside from the active duties of eldership for a time. This was announced to the congregation last Sunday, April 21.

“The conduct of elders is not a matter for their congregation but for the supervising presbytery and the Presbytery of Templepatrick of which Second Donegore is a member is aware of the situation.”

David Ford is not the only Stormont Executive Minister who holds a position within the Presbyterian Church.

He told the Assembly last October: “I’m opposed to [gay marriage] not just on the basis of my church, the Presbyterian Church…but also most importantly the teaching of Holy Scripture.”