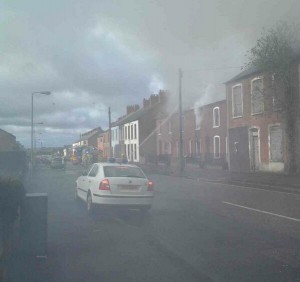 DETECTIVES are investigating after an arson attack on a house in north Belfast.

A suspicious fire was reported at a semi-detached property in the Woodvale Pass area at around 5am on Sunday.

Up to four fire tenders rushed to the scene while neighbours slept.

No-one was inside at the time.

Police are treating the incident as arson and have asked anyone with information to contact detectives at Tennent Street PSNI station on 0845 600 8000.