PETROL PRICE SET TO FALL AT THE PUMP 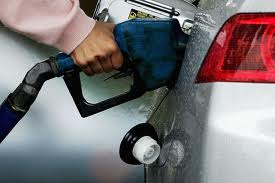 MOTORISTS are set for a drop in petrol prices in the coming weeks, according to the AA.

The organisation says that prices at the pump could fall by 3p in the next two to three weeks.

At present, Northern Ireland’s petrol is most expensive at 137.8p a litre and the diesel is the dearest at 142.8p a litre while London is the cheapest at 136.1p a litre.

Spermarket cuts have already helped lower the average price of petrol to 136.89p a litre.

AA president Edmund King said: “Last April UK petrol consumption fell. In October it did the same. And in February the UK sold the lowest volume of petrol in 23 years of recording.

“In the past 12 months, oil and fuel price speculation has swung back and forth through the fuel market like a wrecking ball, smashing family budgets, pulverising fuel demand, and rocking the foundations of fuel retailer and other business viability.

“The last 12 months have shown pump price volatility is more acute than ever, driven largely by speculation.

“At least, though, the current prices are going in the right direction – giving drivers a breath of optimistic spring air.”


2 Responses to PETROL PRICE SET TO FALL AT THE PUMP