CHILD SEX SUSPECT MAY BE IN NORTHERN IRELAND, SAY POLICE 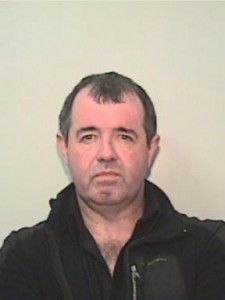 Police hunt Martin Begley who may be in Belfast

ENGLISH police have issued this picture of a man wanted in connection with sexual assaults on a young girl.

Officers say he may be in either Northern Ireland or Donegal as he has friends and relatives living here.

Martin Begley, aged 46, is wanted after a girl was sexually assaulted a number of times between January 2007 and November 2008.

The girl was between the ages of 12 and 14 at the time of the assaults.

It is believed Begley also has connections in Belfast and also Bolton where the attacks took place.

He would be known to people in both the Letterkenny and Gweedore areas of Co Donegal.

However he has been missing from the Lancashire area.

Anyone with information should contact their local PSNI station on 0845 600 8000.

Police advise that Begley should not be approached.


2 Responses to CHILD SEX SUSPECT MAY BE IN NORTHERN IRELAND, SAY POLICE