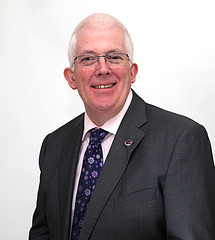 Stewart Dickson MLA calls for no parties over Thatcher funeral

THE Alliance Party’s chief whip has said there should be no public parties to celebrate the death of Baroness Thatcher on Wednesday before, during or after her funeral.

A ‘streety party’ is being planned by dissident republicans in Derry/Londonderry for Wednesday at Free Derry Corner.

Police have already said that they will have extra resources in Derry to cope with any public disorder.

It follows seven nights of violence by youths who attacked homes in the Foutain estate to lure police into the area and attack vehicles with petrol bombs.

A 13-year-old boy was arrested for possession of a petrol bomb and riotous behaviour. He has been released on bail pending further inquiries.

Stewart Dickson MLA said on Tuesday: “The family of Baroness Thatcher should be afforded the dignity and decency of being able to hold her funeral service without any sort of public party being held to celebrate her death.

“There is ample political space to debate her policies and legacy..

“However, it would be wrong and inappropriate for there to be any sort of obscene partying to mark her passing, especially on the day of her funeral.”