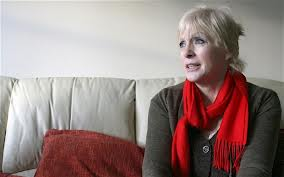 THE path has been cleared for transcripts of interviews carried out with IRA bomber Dolours Price to be handed over to the PSNI.

Detectives from the Serious Crime Branch have been trying to obtain the transcripts of tapes recorded with Dolours Price.

She was found dead at her apartment in Malahide, Co Dublin in January from a suspected overdose.

On Monday, the US Supreme Court in Washington refused to hear an appeal against handing over the transcripts.

They were made as part of Boston College’s ‘Belfast Project’, which was designed to be an oral history of Northern Ireland’s Troubles.

The project was supposed to provide a reference for students and academics studying the conflict.

It was done on the condition that no interview would be released until after the contributor had died.

Interviews with one loyalist, and one republican contributor formed the backbone of a book and television documentary following their deaths.

David Ervine and Brendan Hughes spoke candidly about their time in the UVF and IRA, and Hughes claimed Sinn Fein president Gerry Adams gave the order for Jean McConville to be abducted and murdered.

Following a newspaper report on Dolours Price, in which she allegedly claimed to have been involved in the disappearances, the PSNI began proceedings in the US courts to obtain her interviews, and any others relating to the disappeared.

The project director, Ed Moloney, and his researcher, Anthony McIntyre, resisted the attempts, and had hoped that the Supreme Court would overturn a Boston Federal Court decision to hand the tapes over.

Mr Moloney has said that Ms Price, who was part of the cell that bombed the Old bailey in 1973, did not make claims about the Disappeared in the interviews in any case.

Despite the Supreme Court’s decision, tapes recorded with other paramilitaries deemed to contain information about the disappeared will not be handed over yet.

They are subject to another appeal by Boston College, which is yet to be heard.