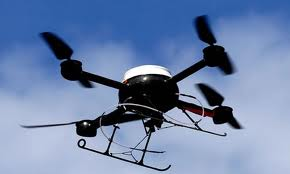 PSNI to buy eight drones at a cost of £1 millon

THE Policing Board has given the PSNI the green light to buy unmanned aerial drones.

The decision was made on Thursday afternoon at the monthly meeting of the Policing Board in Belfast.

It is understood the PSNI is to purchase nine small unmanned aerial systems (UASs) or drones at a total cost of around £1m.

The first deployment of the drones is expected to be during the G8 summit in County Fermanagh in June.

Flown by operators on the ground, the aircraft can relay live pictures from high quality cameras.

Drones have played a key part in the ‘war on terror’ in Aghanistan, tracking down Al Qa’eda leaders.

Chief Constable Matt Baggott told the board meeting that hosting in the G8 summit in Northern Ireland was a “massive underaking” for the PSNI.

The PSNI will be involved in the biggest security operation ever mounted in Northern Ireland this summer.

The police have already warned people in Antrim, Belfast and Fermanagh to expect major traffic conjestion on the day the world’s main leaders fly in to the province.

Intelligence reports suggest dissident republicans are trying to forge closer links with anti-capitalist groups to mount protests over the summit.

To cope with the extra security needed, the PSNI is drafting in 3,500 extra officers from England, Wales and Scotland.

ACC Finlay assured the board that ‘mutual aid officers’ will be under command and  control of PSNI Chief Constable.