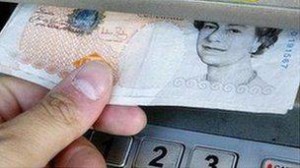 THE PSNI has revealed that officers have discovered a number of cash machine “card traps” in Belfast city centre in recent days.

The device is attached to a cash machine by criminals to enable them to trap cards.

The user is unable to get the card from the ATM, but the thief will then remove the trap and the card.

They stand behind the card user “shoulder surfing” to obtain their pin number to rifle their account of cash.

A PSNI spokesman said: “Within the past few days card traps have been discovered on machines in Belfast city centre.

“There has also been a report of a suspected card entrapment where suspected fraudulent cash withdrawals occurred on the victim’s account after their card had been trapped in the ATM.

“We would advise users to examine the machines before using them.

“Check around the card slot and keyboard areas and, if you are unsure of anything, use another machine.”

In January, the PSNI warned the publc to protect their PIN numbers at ATM machines because of criminal scams.

A spokesperson then said: “Sophisticated thieves are hiding card readers and cameras inside bank machines in Northern Ireland to capture your details to steal your money,

“Protect yourself – without the PIN they are defeated – cover the number pad completely with your hand as you enter your PIN.

“On the same note a hoax is circulating that if you feel threatened and put your PIN in  reverse the police are automatically called.

“Sadly this is incorrect.”