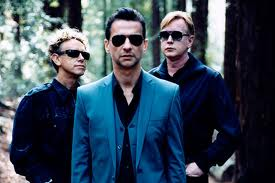 DEPECHE Mode are to play in Belfast for the first time in 30 years.

The band – Dave Gahan, Martin Gore and Andy Fletcher – are bringing The Delta Machine World Tour to the Odyssey Arena on Thursday, November 7.

They have also announced they will play a date at the O2 in Dublin on Saturday, November 9.

Formed in the 1980s, Depeche Mode has sold over 100 million albums worldwide. They are best known for their huge hits such as Personal Jesus and Enjoy the Silence.

Speaking about their upcoming tour, lead singer Dave Gahan said he was ‘looking forward to getting out there and performing.’

“There are so many die hard Depeche Mode fans who have been with us every step of this journey that I can’t wait to see. I also hope that we gain some new fans with the release of Delta Machine, and I look forward to exposing them to a great Depeche Mode live performance,” he said.