A WAR of words has erupted again between the DUP and Alliance in Belfast City Hall.

The parties have locked horns after the DUP hit out at Alliance for not backing a motion to remember the horrific IRA murders of Corporals David Wood and Derek Howes 25 years ago.

The two British soldiers from the Royal Corps of Signals were carrying out undercover surveillance when they drove into the path of an IRA funeral in west Belfast.

An IRA mob laid siege to their Volkswagan Passat car and dragged the two soldiers from the vehicle.

They were brutally beaten before being taken to waste land behind Casement Park, stripped to their underwear and executed with bullet wounds to the head.

At the latest monthly meeting of Belfast City Council on Wednesday night, the DUP proposed remembering the two men.

But the Alliance Party tabled an amendment, proposing that all victims of the Troubles be remembered instead of singling out particular cases.

“It is clear that the Alliance Party has become so consumed by hatred towards unionists that they will oppose almost anything that unionists propose,” DUP alderman Christopher Stalford said.

“The Alliance Party needs to take a long, hard look at themselves following this meeting and decide just what has happened to their moral compass.” 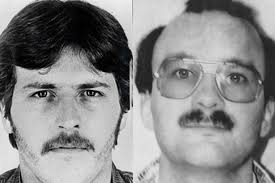 The DUP accused the Alliance Party of “riding to the rescue of Sinn Féin” by tabling the amendment and said they had “lost their way” by failing to condemn the corporals’ murders.

The party insists that its original motion was not controversial or designed to offend anyone.

“It was designed to show respect for Corporals Wood and Howes, to praise their bravery and restraint in the face of a violent mob,” Mr Stalford added.

“And to assure their families that their sacrifice would never be forgotten.”

But Alliance councillor Mervyn Jones insisted that he had condemned the killings in his speech to the council, but felt that “by having a motion condemning all murders, it would help us move forward”.

With many anniversaries coming up in the next couple of years, I believe it is important for the Council to have direction in how we deal with the past by condemning violence from all quarters.

He explained: “Alliance proposed this amendment so that Belfast Council would show its opposition to all forms of violence and condemn all the deaths that occurred during the Troubles.

“If we are to work towards a shared society, then we must have an agreed comprehensive method of dealing with the past – instead of concentrating on specific cases.

“We could have motions each month that brought up every incident which would not lead to progress in how we deal with the past.”

The mob attack on the two corporals was captured by television cameras and on ‘heli-tele’ footage taken from an Army helicopter which hovered overhead.

Catholic priest Father Alec Reid witnessed the scenes and tried to intervene to save the men, despite being told he would be shot for his efforts.

He was dragged away, but managed to follow the black taxi which took the soldiers away to be killed.

Father Reid administered the last rites to the two murdered soldiers as they lay battered and bloodied on the ground.