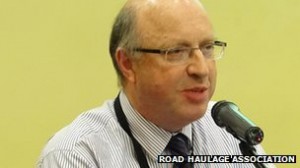 THE man who tragically died after falling into the sea yesterday was a senior civil servant.

Stanley Duncan was the Chief Executive of the Driver Vehicle Agency in Northern Ireland.

It is understood the 57-year-old was fishing off rocks close to Portstewart harbour just after 5pm on Tuesday when he fell.

He was recovered from the water near Victoria Terrace and taken to Causeway Hospital where he died.

RNLI Portrush and crews from Coleraine Coastguard were involved in the operation, alongside an Irish Coastguard helicopter.

Coastguard spokesman Chris Little said all efforts were made to save him.

“Two people who had been fishing near the gentleman had gone to his assistance and managed to hold him against the rocks until the lifeboat crew could recover him,” said Mr Little.

“He received immediate attention before being transferred to the Causeway Hospital.”

Mr Duncan had been fishing off rocks close to Victoria Terrace. Mr Little said: “It seems more likely that, for some reason, he fell in.”

In 2011, Mr Duncan, who had been a civil servant for 36 years, was suspended by Environment Minister Alex Attwood over what was described as a “technical issue”.

However, Mr Duncan was subsequently re-instated to his post at the DVA.

On Wednesday, Minister Attwood paid tribute to Mr Duncan and said colleagues were shocked by his death.

“I wish to express on behalf of myself, the DOE and wider Government our sympathy to his wife, daughters, parents and family at Stanley’s death in such tragic circumstances. He will be greatly missed.”

Alex Attwood added: “I have worked with Stanley Duncan for the last two years and he was well known to my Assembly colleagues.

Mayor of Coleraine Samuel Cole said it was a very sad time for the Duncan family.

“I’m devastated to hear the terrible news of somebody that was so well known in Coleraine County Hall.

“I want to send my most heartfelt condolences to the family circle. It’s a very sad time for them.

“The people of Coleraine will be devastated to hear this terrible news at this particular time.”

Police are continuing to investigate the death but said it is not being treated as suspicous.

SDLP MLA John Dallat said he was saddened by the death of Mr Duncan.

“As an Assembly Member, I dealt with Mr Duncan in his official capacity as Chief Executive of the Driver and Vehicle Agency on many occasions and I always found him to be a gentleman, thoroughly caring, professional and committed to the work he was doing.

“His death is a reminder of the unpredictability of the sea and the potential dangers to those who enjoy it for recreational use.”

“I would like to express my heartfelt sympathies to the family of Mr Duncan. This is an absolute tragedy which has shocked the local community.

“I would urge everybody to be cautious if they are near the sea and take extra safety measures,” she added.