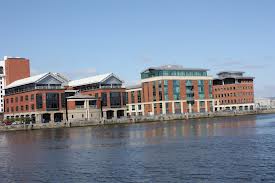 The commission say scheme is needed because there is a “quantitative and qualitative” shortage of office space in Belfast.

It said the shortage is preventing foreign direct investment.

Since the property crash in 2008 very little new office space has been developed in Belfast.

The commission says that if the scheme gets planning permission building work can start before the end of 2013 with completion in late 2014.

In 2009 the commission submitted a major regeneration plan for surplus land at the harbour known at the City Quays Masterplan.

The application is yet to be determined and the commission says the new office plan is independent of City Quays “but consistent with it.”

If it gets the go-ahead the building will be known as One City Quays.