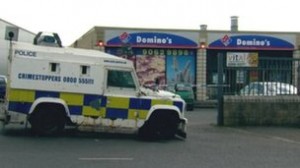 EXCLUSIVE: DETECTIVES  investigating the weekend cold blooded murder of a pizza delivery driver believe it is linked to a three-year-old feud between the victim and dissident republicans.

Kieran McManus was shot dead on Saturday night by a lone masked gunman at close range.

Belfast Daily can reveal that McManus was is just recently out of prison.