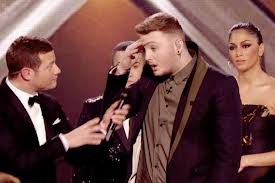 THE X Factor has arrived in Belfast.

Auditions are taking place in the Market’s Community Centre today from 11.30 am to 4.30 pm as budding singers hope to make it to the live television show later this year.

The mobile auditions tour gives singing hopefuls the chance to try out in locations where the arena auditions does not reach.

It was first introduced during last year’s series and eventual winner James Arthur initially tried out when the mobile visited his hometown of Middleborough.

The tour dates and venues were announced last week, but Belfast was not included.

However, due to popular demand, organisers said they would be holding an event in the city.

The announcement on the programme’s official twitter page said: “We’ve add Belfast to our @TalkTalkXFactor #MobileAuditions! We’ll see you there Thurs 28th!”

The mobile auditions will travel across the UK over the next few weeks and will also be making stops in Dublin and Cork.

It has not yet been announced who will be in the judging panel for this year’s series.

It is thought Gary Barlow, Nicole Scherzinger and Louis Walsh will be back but Sharon Osbourne has been tipped as a possible replacement for Tulisa Contostavlos.

Simon Cowell recently hinted there would be ‘a lot of changes’ to this year’s programme.

Cowell confirmed the shake-up during a lengthy Twitter session last week, in which he discussed both his shows and his personal life.

He tweeted: “There will be a lot of changes on X factor UK and USA. But good changes. I feel excited for both shows this year.”