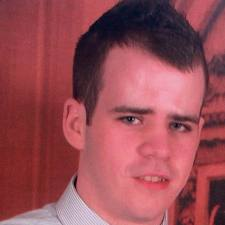 THE Northern Ireland Youth Forum has urged the Stormont Executive to fund a hard-hitting TV advertising campaign warning of the dangers of youth binge drinking.

Anthony Morrissey was part of a delegation from the NIYF who met Junior Ministers Jonathan Bell and Jennifer McCann at Stormont Castle on Wednesday, March 27.

Anthony, whose friend Joby Murphy died after falling into the River Lagan after a night out at the Odyssey in January 26, 2012, said the aim of the meeting was to raise awareness about the blight of alcohol misuse among the young.

“We impressed on them the need for high profile TV adverts, similar to the drink driving and no smoking campaigns, to drive home the message that misusing alcohol can kill. We are calling on the Stormont Executive to take ownership of this campaign.”

In the wake of Joby’s death, Anthony and the NIYF secured £380,000 lottery funding to introduce a four peer leadership programme on alcohol awareness.

The funding was given to the Northern Health Trust which appointed NIYF in partnership with Dunlewey Substance Advice Centre to roll out the project.

Also attending the meeting was NIYF Director Chris Quinn, who thanked the two Ministers for listening carefully to what they had to say.

He added: “We are hoping that this meeting will lead to a new impetus in tackling the blight of underage drinking and alcohol misuse. This needs to be tackled among the very young and we are calling for peer leadership training in schools that will increase awareness and lead to young people making better choices.”