£30 MILLION: THE RISING COST OF EXTENSION TO BELFAST’S WATERFRONT HALL 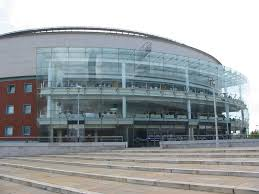 THE price of an extension to Belfast’s Waterfront Hall has risen by £10 million.

Belfast City Council said last year that it expected the cost would be about £20m.

However, the council has now revealed that cost of the new extension has hit the £30m mark.

City fathers are planning to extend the Waterfront Hall by adding extra exhibition and conference facilities to the side of the building.

The extension is aimed at attracting major international conferences to the city.

Following a subsequent study, the council has said the overall cost of the extension will now be £30m.

The counil believes a building costing less than this would not meet the demands of the conference and exhibition market.


One Response to £30 MILLION: THE RISING COST OF EXTENSION TO BELFAST’S WATERFRONT HALL