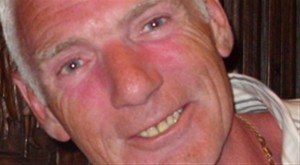 TWO men have been jailed for life for the murder of a man in a suspected drug feud.

They were both shot by two gunmen armed with a sawn-off shotgun and a 9mm pistol, in the kitchen of a flat in Hazelbrook Avenue in the Co Down seaside town, shortly after lunchtime on 13 May, 2011.

Judge David Smyth QC told, and Greer who gave his address as Sherwood Road, Bangor, and Smith, who gave his, as Doagh Road, Newtownabbey that he would decide later how long they would serve before being considered for release.

At the time of the shootings Greer had an address in Mountcoyler Avenue in north Belfast, and Smith had a flat in At Anne’s Square in the Cathederal Quarter in the city centre.

Although the actual gunmen were never identified, and no motive uncovered, Greer and Smith were captured on CCTV making a “dry run” the day before the fatal shooting in Greer’s VW Golf, and also later seen travelling in convoy with a stolen Honda Civic.

On the morning of the shooting they were also seen on the surveillance cameras driving to Netwtownards.

Smith was later arrested in the VW Golf driving back into Belfast and the key to the Honda was found under the driving seat. Smith claimed that he had just borrowed the Golf, from a friend he knew only as “Pete”.

Greer, who handed himself over to police about three weeks after the shooting, said only that he had loaned the car to someone, and that he had nothing to do with the murder.

The stolen Honda, taken in a creeper burglary in west Belfast two months earlier, was used as the gunmen’s getaway car, which was abandoned and found burning in the grounds of the Somme Heritage Centre a short time after the double shooting.