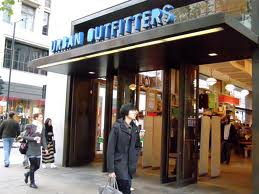 A NORTHERN Ireland company has revealed details of a £2.5 million deal to complete the flagship shop for one of the world’s most exciting retail brands.

Carrickfergus-based McCue Fit-Out, which employs more than 120 people in Northern Ireland, was appointed as the general contractor for the fit-out of Urban Outfitters’ 13,500 sq ft two-story shop on Oxford Street, London.

It is the 15th Urban Outfitters store to be completed by McCue Fit-Out since 2007 and the latest in a string of lucrative contracts.

“We’ve been fortunate to secure a number of projects, but this was by far the most ambitious and challenging.

“Very few retailers trading on Oxford Street are bold enough to swap premium selling space for a 1,000 sq ft void on the ground floor, but a large element of the shop’s offer is in the basement which can be viewed from above.

“This has been a major project for us and significant achievement in our growing relationship with the Urban Outfitters brand. We pride ourselves on our performance and delivery and our customers have come to rely on our consistently high standards.

“We’ve worked hard to build long-term partnerships and they’ve helped us to secure some very exciting projects in the GB market.”