WATCHDOG: HOUSING EXECUTIVE ‘OUT OF CONTROL’ 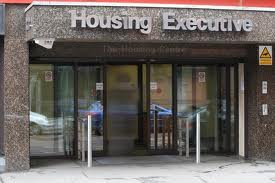 PAC says Housing Executive awarding of contracts was ‘out of control’

THE Public Accounts Committee has accused the Housing Executive of being “out of control” over the way it managed maintenance contracts.

And the Assembly watchdog said it exposed the HE to a significant risk of fraud.

The report also criticised the Department for Social Development, which oversees the HE, for not being aware of issues within the public housing body.

It follows a number of critical reports about the Housing Executive.

Chairperson of the Public Accounts Committee Michaela Boyle said the report exposed a “catalogue of failures”.

“We know that most Housing Executive staff, overseeing those businesses contracted to respond to maintenance needs, are diligent and hard working,” she said.

“However, we found that the management and oversight of this service has been abjectly poor – so poor that it calls into question the capability and competence of management within the Housing Executive over many years, particularly at a senior level.

“We would even go so far as to say that it would appear that some members of senior management actively undermined the systems of control that had been put in place.”

The report highlighted the fact that the committee had raised concerns about the performance of the Housing Executive’s management after issues were raised by a whistle-blower and that these reviews had been on-going since 2008.

It found that there was a culture within the Housing Executive that discouraged staff from raising concerns, including the use of IT to attempt to identify an anonymous whistle-blower.

Ms Boyle said: “The practices we found give the impression that staff who raise concerns in the course of their work or in a whistle-blowing capacity will not be supported or protected.

“I want to put this on the record – discouraging whistle-blowing or creating the perception that whistle-blowers are not welcome is simply unacceptable.”

Last year’s audit came after the Housing Executive’s contract with the Red Sky maintenance company was terminated in 2011.

This followed claims of substandard work and financial irregularities.