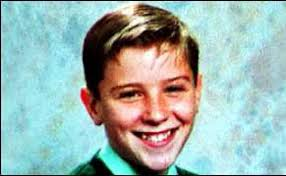 THE parents of a 12-year-old boy killed by an IRA bomb in Warrington 20 years ago will address the Northern Ireland Assembly on Tuesday.

Colin and Wendy Parry’s son, Tim, and three-year-old Johnathan Ball died when two IRA bombs hidden in litter bins exploded in the town centre in 1993, on the eve Mothering Sunday.

Hundreds of people attended a civic service in the town on Saturday to remember the attack.

The Parrys were invited to Stormont by the first and deputy first ministers, Peter Robinson and Martin McGuinness.

Mr and Mrs Parry will be accompanied by Councillor Mike Hannon from Warrington Council.

Colin Parry told the BBC that the experience of losing their son “defines us now”.

He said he never felt anger at the IRA killers.

“I don’t think anger had any room to get in.” 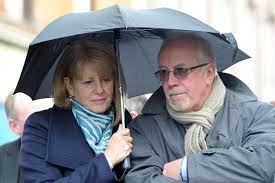 The couple have spent the last two decades campaigning for peace and established a Foundation for Peace in the names of the two victims.

Mr Parry said: “This is the twentieth anniversary year following an event that changed mine and Wendy’s lives forever.

“We set out to keep our son’s name alive and created the peace centre, an impressive building, as a fitting legacy to Tim and Johnathan.

“The work that goes on inside the peace centre, and also on an increasingly national and international basis, is equally impressive.”

He said the couple welcomed an opportunity to “reach out our hand of friendship” to the people of Northern Ireland and to update the assembly members about their work.