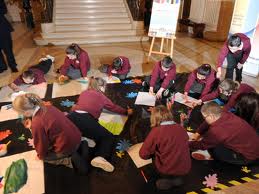 EDUCATION boards in Northern Ireland will announce on Tuesday which primary schools are to close because of falling numbers.

But the union Unison says plans to close some of the 840 schools in Northern Ireland should not lead to teachers, staff or pupils having to suffer.

The boards have been looking at schools which have falling numbers or have a record of providing poor education.

Some schools also have a history of overspending their budget – some have overspent by as much as 50 per cent.

As a result, under performing or over spending schools will either face closure or could be merged.

A statement continued: “At a time of worsening austerity, welfare reform and low pay, school support staff are fearful.

“We believe these workers should not suffer as a result of these mergers. We believe they should be protected.

Ahead of the announcement, Education Minister John O’Dowd has said he wants to prevent wasting resources, to make sure pupils across NI get the best level of education.

However, the proposals will face a long period of public consultation.