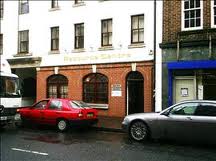 CIVIL Servant union members are urged to take to the streets of Belfast on Wednesday for a 24-hour Budget Day strike.

Members of the Public and Commercial Services (PCS) union are asked to gather at 12 pm outside the Belfast Unemployed Resource Centre, 45/47 Donegall Street to voice their opposition to Conversative Party cutbacks.

Strikes are being planned in major cities across the UK as Chancellor George Osborne delivers his Budget Day speech.

PCS general secretary Mark Serwotka confirmed members would “quickly follow up our Budget day strike” with another walkout in a bid to “step up our campaigning for the government to take serious action against wealthy tax dodgers”.

“With polls showing people are less likely to support government policies if George Osborne’s name is attached, it is clear the public have lost faith in austerity and want an alternative.”

The union also accuses the Treasury of urging ministers to scrap decades-old civil service pay arrangements that enable staff to progress from minimum starting levels up a series of pay bands within their grade.