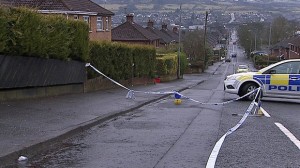 DETECTIVES are investigating after a 43-year-old man was left in a critical condition in hospital with severe head injuries following a suspected baseball bat attack in Newtownabbey, Co Antrim.

During the serious assault in the early hours of Monday morning on the Carnmoney Road, a second man also received hospital treatment for head injuries assault.

A man in his 40s is believed to have attacked the two victims as they walked in the Coolehill Park area at around 1am.

Police said he may have been armed with a baseball bat.

The 43-year-old man remains in a critical condition in hospital with serious head injuries, while the second victim has now been discharged.

The Carnmoney Road was closed to traffic for a time on Monday while police investigated the scene but it has now reopened.