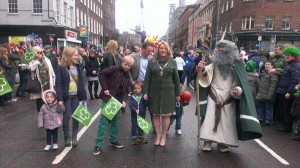 The biggest parade is gathering in Belfast where thousands have turned out to take part in the carnival.

The parade left the city hall at 12 noon and is making its way to Custom House Square. Several roads will be closed and delays are expected from 11 am.

Among those taking part is little Oscar Knox who has been battling a rare health condition.

Other parades are in Downpatrick, County Down, Derry/Londonderry, Enniskillen, County Fermanagh, and Armagh city.

Up to 15,000 are expected in Belfast for the parade on Sunday.

It will be followed by an open air concert, headlined by the X-Factor’s Amelia Lily, at Custom House Square.

There is a series of events during a three-day festival in the city, including dramas, talks, exhibitions, and arts and crafts.

Senior police chiefs have warned students in recent days that they will adopt a tough attitude to those misbehaving and getting involved in anti-social behaviour.

Belfast City Council officials will also be out in force in the area.

Council officials are also expected to carry out spot checks on bars in the city for overcrowding which would be in breach of fire safety regulations. 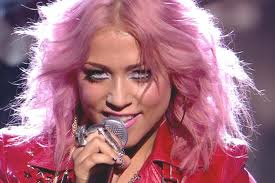 These will take place in a number of venues across the city including the Ulster Hall, the Linenhall Library, An Cultúlann, St George’s Market and the Oh Yeah Music Centre.

Meanwhile, in Downpatrick, the parade will leave the Ardglass Road in the town at 2.30 pm on Sunday.

About the same time, a procession in Londonderry will head off from Derry City Council car park.

Part of the Strand Road will be restricted to one lane.

In Enniskillen, the parade starts at the Lakeland Forum at 15:30 GMT.

There will also be a carnival parade in Armagh city centre from noon, as well as an afternoon of music.