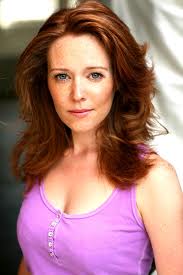 EXCLUSIVE: THIS is the Northern Ireland actress who is among five people convicted over a £2.8  million tax scam for a bogus Hollywood blockbuster movie.

Aoife Madden and her four co-accused falsely claimed that they had A-List actors lined up to take part in the multi-million production filmed on location in the UK.

But after their arrest, they tried to cover up the tax fiddle by shooting a film called A Landscape of Lies on a shoe-string budget.

She graduated in 2001 with a Bachelor of Arts in Theatre and Professional practice; she then pursued an MA in acting at Arts Educational Drama School

Claiming a Jordanian company was backing the film to the tune of £19m, they attempted to claim £1.48m in VAT and £1.29m in tax credits.

When Her Majesty’s Revenue and Customs (HMRC) followed up with checks, they found the work had not been done and that most of the so-called suppliers and film studios had never heard of the project.

“This gang thought they could exploit rules for genuine British film-makers and thieve from the public purse for their own gain,” said John Pointing of HMRC’s Assistant Director of Criminal Investigation.

“We are pleased that instead of this film flop going straight to DVD, these small-screen z-listers could go straight to jail.”

Award winning A Landscape of Lies film was a £2.8 million tax fiddle cover up movie

The gang attempted to cover their tracks by shooting a shoestring-budgeted film with McLean and EastEnders’ Marc Bannerman among its cast.

A Landscape of Lies turned out to be an award-winner, taking a ‘Silver Ace’ at last year’s Las Vegas Film Festival.

Al-Issa was convicted of two counts of conspiracy to cheat the public revenue and the others of one count of that offence each at Southwark Crown Court.

The five are due to be sentenced on 25 March.