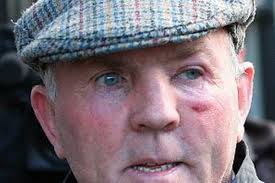 CUSTOMS investigators and police on both sides of the border have been involved in a huge cross-border operation against the IRA’s former chief of staff in a multi-million pound illegal fuel laundering racket.

Belfast Daily can reveal that the target of the dawn raids on Wednesday is a prominent republican Tom ‘Slab’ Murphy from the Co Louth area who is well known to police and customs on both sides of the border for more than three decades.

More than 300 staff were involved in the pre-planned raids which have codenamed ‘Operation Loft’.

And more than 100 PSNI officers and Customs officials from Northern Ireland are taking part.

A PSNI spokesperson has confirmed they are conducting searches at Larkin’s Road, Crossmaglen, south Armagh.

Three premises in the area have been searched, HMRC said.

The main focus of the raids was the activities of Tom ‘Slab’ Murphy, the one-time chief of staff of the IRA.

For more than 30 years, the batchelor has been a prolific smuggler of cattle, sheep, pigs, grain and oil.

His farm complex on 74 Larkins Road, Ballybinaby, Hackballscross, grid reference 957128 on the Ordinance Survey Map, which he inherited from his father, straddles the border.

And his yard was constructed in such a way that grain could be smuggled from either side of the border using an underground gravity feed system.

Born on August 26, 1949, ‘Slab’ Murphy knew the smuggling business inside out and was making a tidy fortune from his rackets which helped to fund his PIRA operations and the men underneath him.

Murphy, who prefers to a glass of Orange juice to a bottle of Guinness, would spend all day every day driving the same lorry load of pigs up Larkins Road to the customs checkpoint in Newry to collect his MCAs and then back to his farm.

This was repeated several times a day for years.

The old joke among Customs officers who served in the region at the time was that the pigs had been on the road that long they could have walked to Newry themselves and collected the money!

Because of his position within IRA and also his smuggling activities, the British Army kept a close watch on his activities through high-powered lenses perched on top of two watchtowers, Glasdrumman or Golf Two Zero and Drummucavall or Golf Three Zero.

Detailed logs were kept of his farm, movements on his property and sightings of ‘Slab’ himself.

On August 1, 1990, in a bid to curb ‘Slab’s’ smuggling activities the Northern Ireland Office, through the then Secretary of State Peter Brooke, introduced an Order in Council  which was called the Newry and Mourne Regulation of Hydrocarbon Traffic (NI) Order. 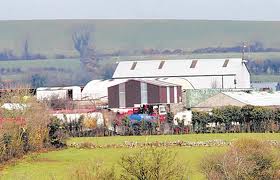 It banned any vehicle constructed or adapted for the use of hydrocarbon oil to drive along Larkins Road without the written permission of the local police chief.

Murphy is currently awaiting trial in the Republic on tax evasion charges over a previous raid on his property empire several years ago involving CAB, the former Assets Recovery Agency, the PSNI and Greater Manchester Police.

‘Operation Loft’ on Wednesday mornin was being spearheaded by the Republic’s Criminal Assets Bureau (CAB) which investigates money and property amassed from criminal activities.

Computers, documents and bank statements were seized during the cross-border operation.

However, gardaí seized a large quantity of cash at two locations, along with business records and computers, which will now undergo forensic examination by CAB.

Gardaí also seized fuel-laundering equipment, which initial analysis indicates could have the capabality of processing hundreds of thousands of litres of diesel.

This could amount to 10 million litres a year, potentially costing the Exchequer €5.5m.

Gardaí say over 40,000 litres of what is believed to be laundered fuel was also discovered, along with 16,000 litres of toxic sludge; a waste product from the fuel-laundering process.

The CAB has frozen more than 25 bank accounts suspected to be linked to the operation.

The investigation is being conducted jointly with the Republic’s Office of the Revenue Commissioners and Her Majesty’s Revenue and Customs (HMRC).

The Garda Air Support Unit, the Irish Air Corps and special police units on both sides of the border are assiting in the investigation.

In a statement, the gardai said the investigation is focused on the suspected involvement of an organised crime group based in County Louth.

“The objectives of the operation are to seize evidence of assets deriving from oil fraud and money laundering, seize and dismantle illegal oil operations, seize cash or other assets including vehicles used in the criminal activity and to freeze bank accounts,” the statement added.