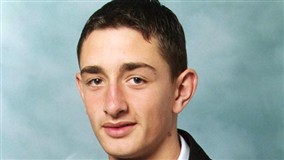 A LOYALIST terrorist arrested in England in connection with the UDA murders of a Protestant teenager and a Catholic builder over a decade ago has been released.

Detectives from PSNI Serious Crime Branch assisted by officers from West Midlands Police made the arrest on Wednesday morning.

The man was being questioned at a police station in England.

However, on Wednesday evening detectives released him without charge.

Gavin Brett, an 18-year-old Protestant, was shot dead outside a Glengormley GAA club in 29 July 2001.

Gary Thomas Moore, a 30-year-old Catholic builder, was fatally shot while he worked on a Monkstown, Newtownabbey on 6 December 2000.

The murders were carried out the by the UDA’s south east Antrim brigade under the command of John ‘Grug’ Gregg.