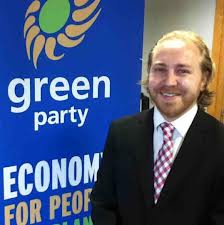 MLA Steven Agnew said it was time that women in Northern Ireland were given the chance to cast their vote in the debate.

On Tuesday, Assembly members are debating an amendment to the Criminal Justice Bill which campaigners say would further limit women’s access to abortion facilities.

As MLAs debate the abortion amendment put forward by the DUP and the SDLP, outside the chamber anti-abortion activists deliver a 250,000 strong petition.

Mr Agnew said: “Given that in the Assembly less than 20 per cent of MLA representation is female, I believe it is time to let the women of Northern Ireland have their say on this important issue of health and equality,” Mr Agnew said.

“Given that this issue has the greatest impact on women, women should at least have an equal say on how we govern on this issue.

“Too often in this debate, we hear politicians and campaigners saying they are speaking on behalf of the ‘majority of the people of Northern Ireland’ but this is a baseless assertion.

“A poll published in the Belfast Telegraph in December 2012 indicated that almost half of those in Northern Ireland want a liberalisation of abortion laws.

“More than one in four people in Northern Ireland support a woman’s right to choose on abortion.

“A total of 45 per cent of people surveyed were either for legalising abortion or making it available for victims of rape or incest.

“The evidence suggests that on this issue our politicians are not representative of the people of Northern Ireland and the party whip system further skews votes on this abortion.

“While newspaper polls are an interesting indicator I would like to see these questions put in a public referendum with a commitment from the parties to legislate accordingly.

“A referendum is an appropriate way to educate, elucidate and engage the public in a debate on greater access to local abortion services.

“This would be an exercise in participatory democracy which would direct legislators on the opinions and wishes of citizens in Northern Ireland.

“The way these arguments are currently being played out, with a 12-year-delay on the publishing of official guidelines and now a badly thought out amendment tacked on to the Criminal Justice Bill, proves the Assembly is having huge difficulties dealing with access to abortion.”