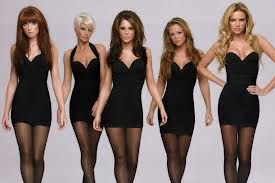 GIRLS Aloud have cancelled their scheduled Dublin concert because of ‘production transportation’ issues.

The ‘Biology’ stars were due to perform at the O2 Arena in Dublin on March 17.

But the group have now released a statement explaining that it’s no longer possible for them to honour the commitment:

“Unfortunately, due to unforeseen time restraints with the transportation of production equipment between the Irish & UK tour dates, the extra Girls Aloud concert added on Sunday, March 17, 2013 at The O2 has been cancelled.”

The ladies also revealed that the date won’t be rescheduled to a different date because of how their tour has been planned in terms of locations and routes.

“Due to tour routing it has not been possible to reschedule this date.”

Fans will be eligible for a full refund if they bought tickets for this particular concert or will be able to exchange for a different Irish date as Girls Aloud are still due to perform in Belfast on March 13-14 and at Dublin’s O2 Arena on March 16.