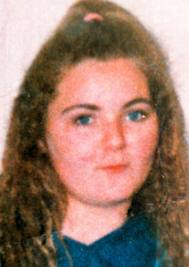 A DATE has finally been set for the inquest into the death of schoolgirl Arlene Arkinson.

The teenager, from Castlederg, Co Tyrone disappeared almost 20 years ago without trace after a night out in Donegal.

The 15-year-old’s family said they were relieved that the eight-week hearing is to go ahead in April, 2014.

Speaking after a preliminary hearing at Belfast’s Old Town Hall on Friday, the Arkinsons called for the inquest to be held close to their Co Tyrone home, so family members who suffer ill health can attend.

Kathleen Arkinson said: “It is good news. It has been a long process and at times we felt like giving up. But Arlene deserves justice.”

The Castlederg teenager went missing in August 1994 after a night out at a disco in Co Donegal.

Her body has never been found and in 2005 child killer Robert Howard was acquitted of Arlene’s murder by a jury unaware of his history of sex attacks.

Two years prior to the case, Howard was found guilty of murdering 14-year-old Hannah Williams in south London.

Ms Arkinson added: “I do not want to go up that road again to Laganside – there are too many bad memories after what happened in 2005 with the not guilty verdict.

“We travelled that road everyday for six weeks during the trial which was seven years ago and we do not have the same health as we did then.

“Arlene is from Tyrone and we think Arlene’s inquest should be held near her home place.”

The hearing will start after Easter next year, on the day which would have been Arlene’s 35th birthday.

Senior Coroner John Leckey said Howard may give evidence via videolink from Frankland prison in Co Durham, where he is serving his sentence.

“Robert Howard is a category A prisoner and if this was a criminal trial he would have to be there obviously, in the dock,” said Mr Leckey. 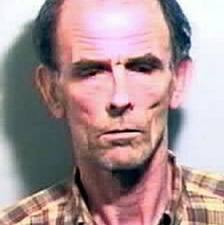 “But this is not a criminal trial and he will be wearing the hat of a witness. In a previous inquest where there was also a Category A prisoner, coincidentally from the same prison, we were able to engage that person successfully via videolink.”

The Coroner’s Office will have access to a 250,000 pages of documents cleared by the PSNI, including transcript from police interviews, messages, reports and statements.

However, the results of forensic tests carried out during searches of Howard’s former flat at Main Street in Castlederg are not included in the documents.

“We have been pressing for the fixing of a date. We welcome the provisional date of April 2014.”

He later added: “There has been a very active and constructive approach by all concerned.”

Another preliminary hearing is expected to take place next month.